Amedeo Modigliani (1884-1920) is the name of the Italian artist whose history is both fascinating and tragic. Today, Amedeo Modigliani is a famous artist who is known for his african mask inspired portraits, nude portraits and sculptures of women, in particular.

Amedeo Modigliani only lived for 35 years and in his short lifetime, he only had one solo exhibition. Sadly, it was closed down by the police because of widespread critique and offence, in particular because his nude portraits and their very realistic look were too inappropriate at the time. The closing of his solo exhibition also meant that several galleries removed his works from their exhibitions.

But Amedeo Modigliani did not give up on his life as an artist. His short life is seen as the real life of an artist marked by drugs, alcohol and female acquaintances. He was an utterly productive artist and could draw/paint up to 100 sketches a day. Despite his commitment, he did not experience any economic success and many of his portraits were exchanged for both food and drugs. This is very different to the amount of money that Amedeo Modiglianis works, both paintings and sculptures, are sold for today. Amedeo Modigliani’s “Tête” sculpture, for instance, one of the most expensive sculptures ever sold and his paintings are sold for an enormous amount of money at the most prestigious auctions. Amedeo Modigliani died at 35 years old from tuberculous meningitis, supposedly in the arms of his pregnant girlfriend and mother to their first child, Jeanne Hébuterne (1898-1920). The young Jeanne Hébuterne has often been portrayed by Amedeo Modigliani, especially in the last years of his life. Overwhelmed by sorrow after losing her much loved Modigliani, Jeanne Hébuterne took her own life the day after Modigliani’s death on January 4th 1920.

Today, Amedeo Modigliani is considered one of the most influential and respected artists in our time and if you have not already watched the film “Modigliani” from 2004, I can highly recommend it.

When you look at some of Modigliani’s portraits, many of them have so-called “holes” where the eyes are supposed to be. A well-known quote by Amedeo Modigliani goes: “When I know your soul, I will paint your eyes.” This gives opportunity for reflection; whether it was Modigliani who was unable to find the soul and paint it or if it was the person being portrayed who did not let Modigliani see their soul. 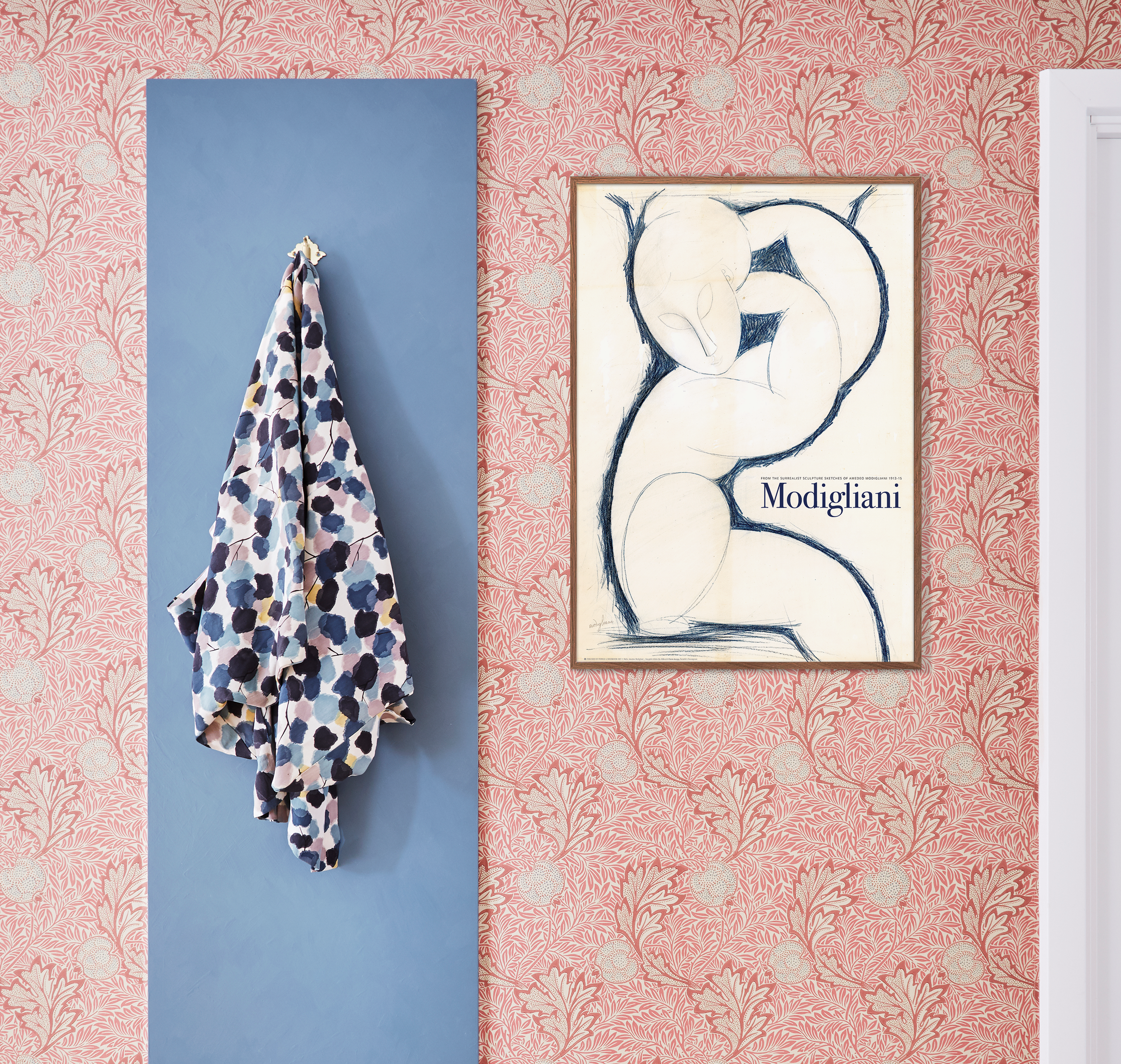 Link to Amedeo Modigliani's poster shown in the picture:

No comment(s)
Write your comments

We will publicly show your name and comment on this website. Your email is to ensure that the author of this post can get back to you. We promise to keep your data safe and secure.